We all have heard about new fast charging features allowing getting a smartphone battery from 0% to 50% for 30 minutes. However, what about from 0% to 100%? Does it mean you will get full for an hour? How does fast charging work and could it be even faster? If you want to learn more just continue reading.

We know that the mobile world is driving for more advanced and power hungry devices. Those devices come with larger and larger batteries, which makes the charging time longer and longer. So obviously, you cannot be fully mobile if your device is stuck to a charger several hours every day.

To resolve this issue the industry had to come up with ideas how to improve the charging speed. However, there was one big challenge – the faster you charge the more heat is generating by the chemical reactions inside the battery. This heat is increasing further, as the battery gets full. So the high temperatures not only can damage the battery itself but it can even lead to explosion.

The charging speed based on the battery level is predefined in each individual device based on what is the amount of heat released by the battery while charging. This can vary for the different devices and battery types hence the supported charging speed could vary as well.

However, there is one more challenge to solve – the environmental temperature. As mobile devices by their nature are used on wide variety of places, you could expect that they are also operating in wide range of temperatures. If you are charging on a much warmer place, your battery may get much warmer than what is expected. Sometimes even the heat generated by the device itself can be significant. So even when the charging speed is controlled there are still some risks for battery overheating. To resolve that some of the more advanced fast charging technologies also track the battery temperature. This allows bot to limit the charging when the temperature is getting too high, but this also allows manufacturers to push the charging speed limits even further when the device is in a normal or colder place.

Realizing the huge demand the many manufacturers rushed into developing their own solution. The result is as expected many different standards and a plenty of confusion for the customers.

Qualcomm, the company known with its mobile device processors was one of the leaders with its standard “Qualcomm Quick Charge”. It is widely adopted by many mobile device manufacturers that were already using their CPUs. Huawei came up with their “Huawei Super Charge” and now it is available on most of their newer smartphones and tablets. Similarly, OnePlus released “Dash Charge” and “Warp Charge”, Apple with their Fast Charging, Motorola with “Motorola TurboPower” and the list goes on.

As you can imagine those standards were not compatible with each other so if you would like to use your friend’s charger usually means that you will charge an hour or two longer. A good example how the competition between vendors brought a lot of complexity for their customers. Not to mention that all those new technologies have been released while there was an existing open standard out there.

USB Power Delivery also known as USB PD came out right before Qualcomm QC. The things could have been much simpler if the vendors have decided to follow the open standard. It seems however at that point in time they all believed they would be able to get ahead and lead the industry.

Nowadays when USB PD is getting a lot more traction and support, manufacturers started to look for compatibility. For instance, the latest version Qualcomm QC4 is compatible with USB PD. Same applies for Huawei Super Charge and Motorola TurboPower. That transition is really in favor of all the users as in future we may end up with a single universal standard. 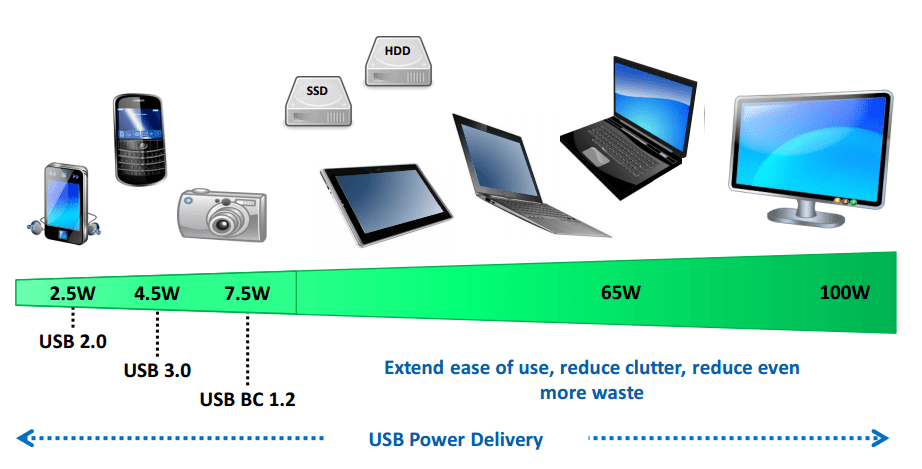 Moreover, USB PD is developed in parallel with the new USB-C port widely adopted by all the latest mobile devices. On top of that, it is capable of delivering much more power so it is capable of powering not only smartphones and tablets but also displays, laptops and other power hungry devices. It is not surprising that USB PD is slowly becoming the leading standard. More and more devices and chargers support it.

So you will ask the logical question: What is best for my device?

If you are looking for the fastest replacement charger for your device, you need to find one, which supports the same charging standard and same or higher output power. If you are buying a replacement and you want it to support most of the fast charging standards, your best bet will be a USB PD charger. You can easily recognize them as they all have USB-C output port (standard USB PD is delivered through USB-C ports and cables both on the device and on the charger side).

There are a few chargers on the market, which claim to deliver USB PD through the standard USB-A port. I would recommend you to stay away from those solutions, as they are not compliant with the standard USB PD specification. If you pick more powerful USB PD charger you might be able to use it with your laptop as long as it supports USB-C charging. Imagine that you will need to carry just a single charger for both your laptop, tablet and phone.

When talking about the chargers and devices we should not forget what stays in the middle to make the connection. Selecting a good replacement cable is also important particularly if you are looking to get your fast charging working as expected. There is not an obvious mark on the cables, which shows whether they will support the standard you are looking for. My advice here will be to whether look for accessory, which is designed explicitly for your device and model, or find out which exactly fast charging standard your device is using and look for a cable, which supports it. Best would be if you are able to test it before purchase as sometimes even the description is not accurate or incomplete. 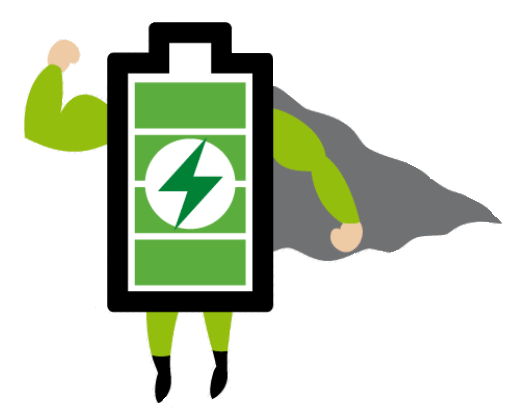 Lastly, I will mention one important point about the fast charging. It is unknown fact that the faster you charge your battery, the lower number of cycles it will be able to produce. Even though the fast charging technologies control the speed and temperature to avoid battery damage you still have some negative effect on the battery. If fast charging is necessary for you then you should know that you could expect your device will give you good amount of battery capacity for up to two years. After that, you can expect your phone or tablet to start running shorter and shorter before the low battery sign pops up. If you are one of those who use their devices for four or more years I would highly recommend you using fast charging only when it is necessary. You will be better using your slow charger and get your battery full overnight. That is surely a prescription for longer battery and devices life.